Since I was a kid, I was a big fan of Cyberpunk literature. I grew up by reading William Gibson, Bruce Sterling, Philip K Dick, Richard Morgan, and by watching animes of Masamune Shirow and Katsuhiro Otomo. Years later, on my first trip to Tokyo, I felt like realizing a dystopian dream by looking at Tokyo bay at sunset while listening to Yoko Kanno Ghost in the shell soundtrack. In that particular moment, the beginning of Gibson`s Neuromancer came up in my mind like a mantra:

"The sky above the port was the color of television, tuned to a dead channel."

On the very first trip to Tokyo, I couldn't stop noticing the amazing neon light of this city. Taking a picture at night makes you realize that the sky is never completely dark. The city lights bounce on the night persistent clouds and create this yellowish/pinkish effect that is very common in Tokyo's night photography.

Danchi buildings on the Arakawa river. I start photographing this particular building in 2012, they are concrete complex for medium-low elevation Japanese families, and they have this typical neon light grid illumination system. 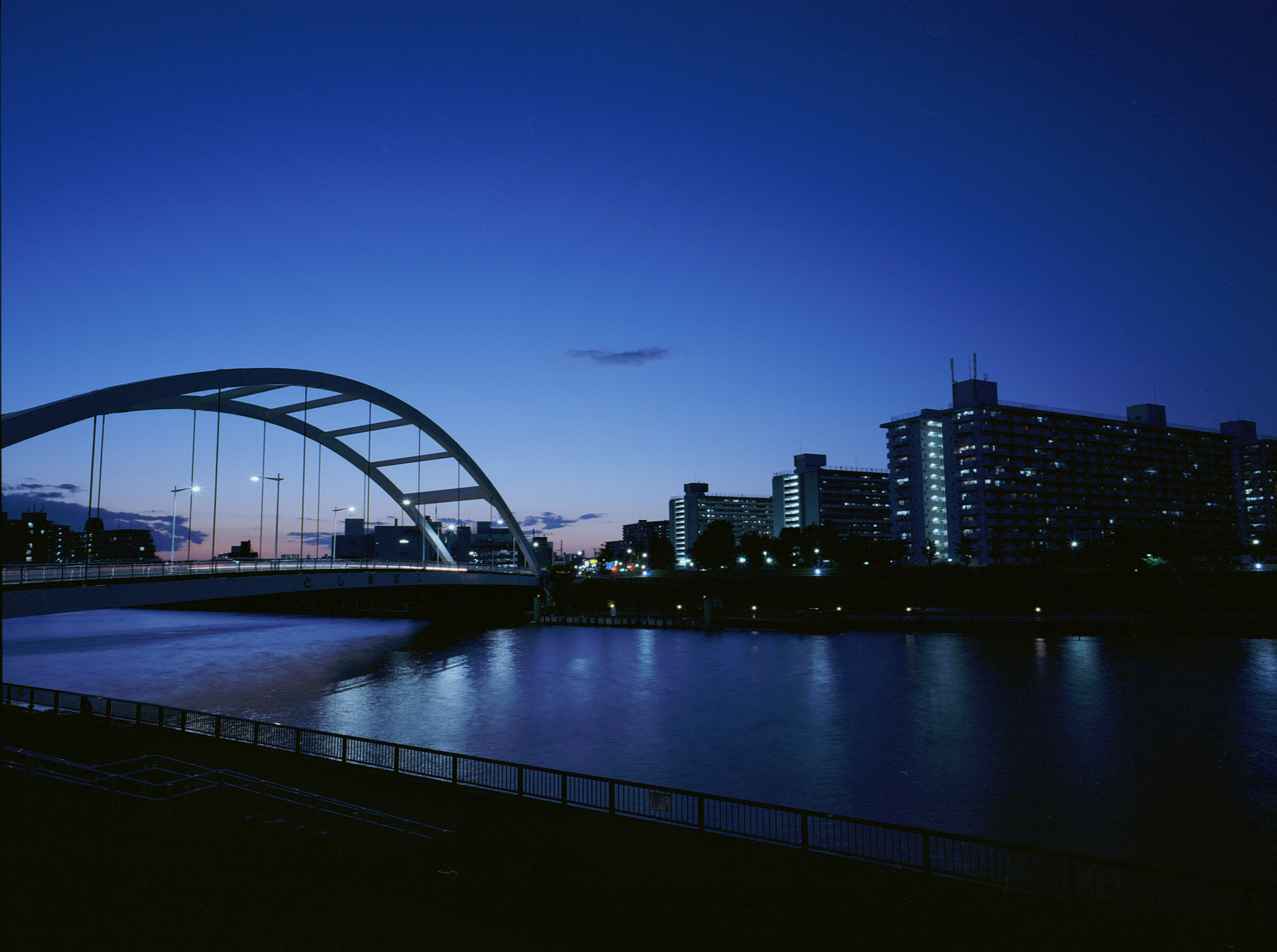 Another night, same spot, this time I included the near bridge to add some roundness to the overall composition. 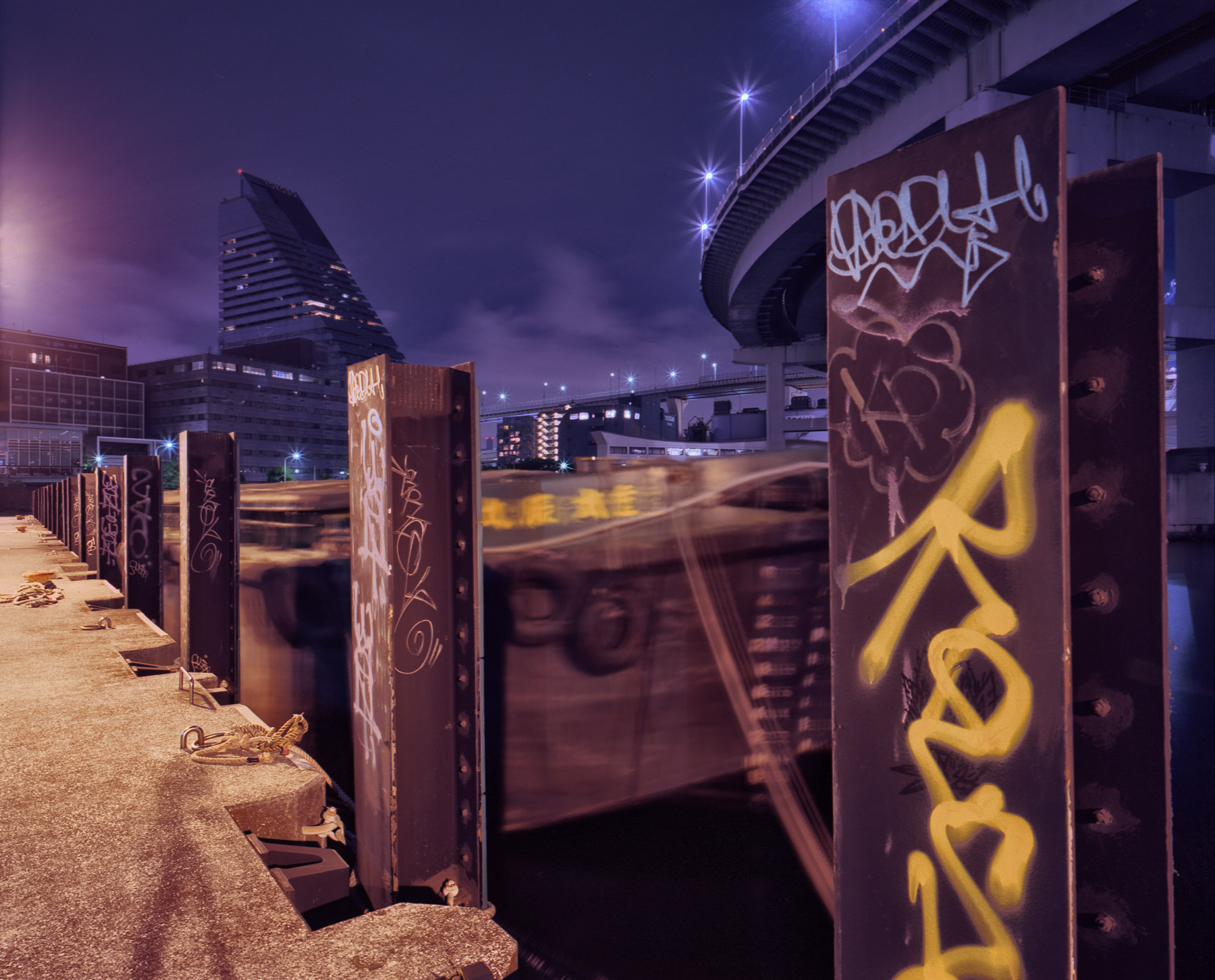 Port of Shiodome/Shinabshi. I spend quite a few nights here taking pictures of this dock. I loved the triangle shape building, feels very 80`s futuristic architecture. 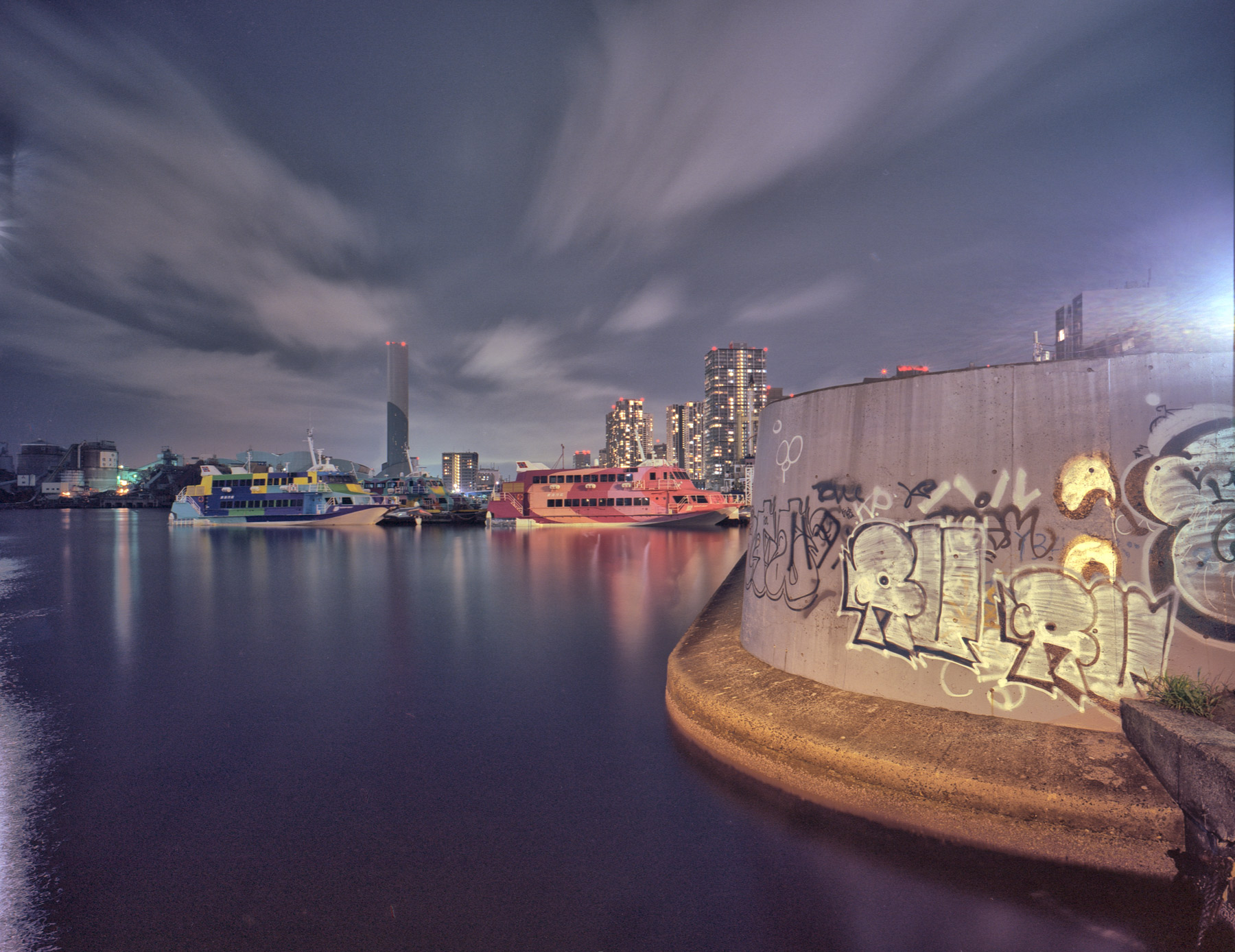 The same dock but in a different direction. The Ektar always gives this yellow dominant after the 10nth minutes of long exposure. 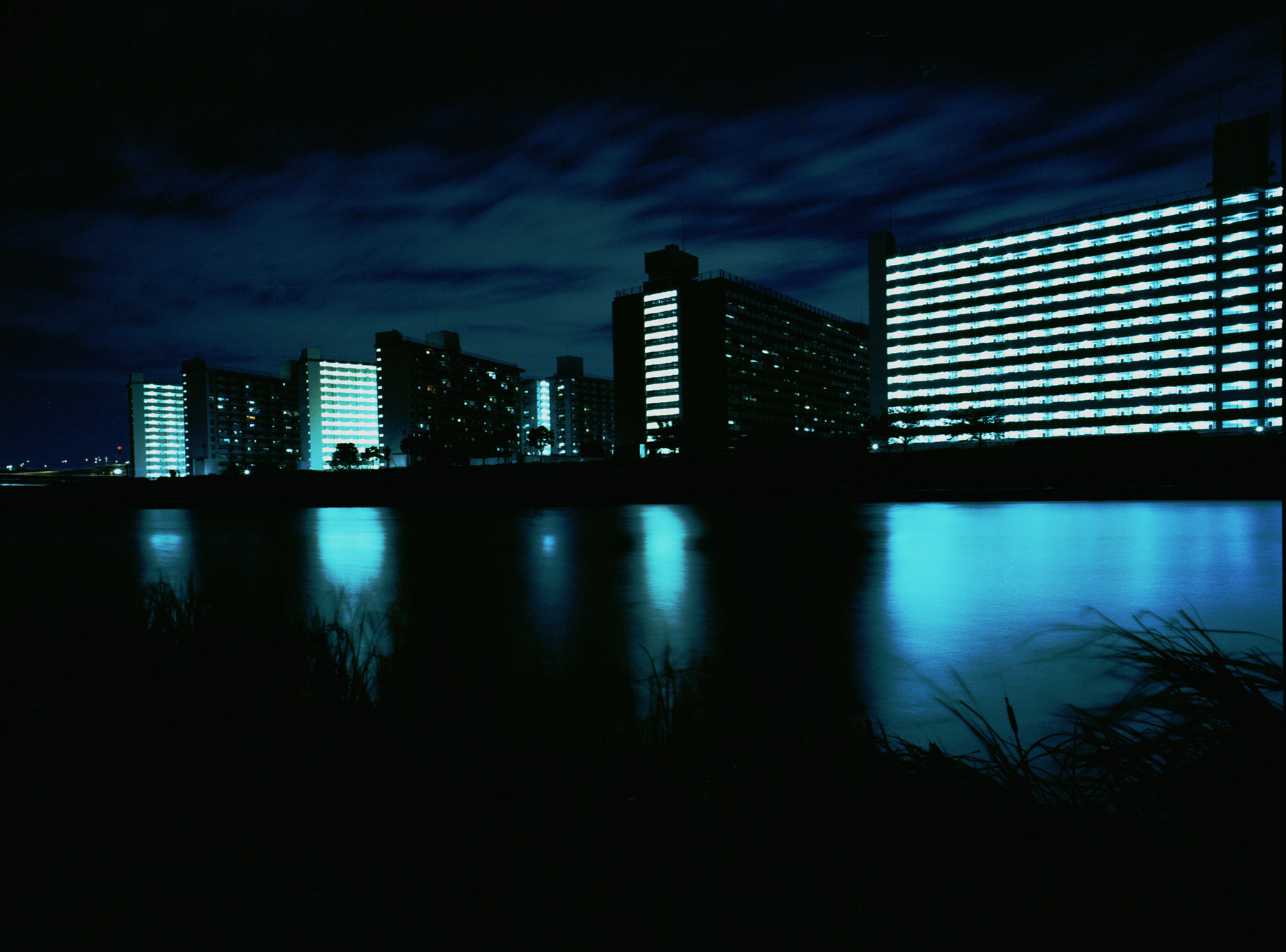 This project is an on-going project. I accumulated quite impressive amount of film to scan. Since scanning a batch of 10-15 shoots take me around 4 hours (wet scan requires calm and its a long process), I will try to update this section weekly.

I hope you enjoyed my pictures so far.