I started taking pictures of abandoned places in 2005 when I got my first digital camera. After moving to Japan, I spent quite a little time away from "Urbex" until in 2012 I got in touch with an extensive community of photographers interested in Japanese Haikyo (Abandoned building in Japanese). With them, I had the chance to access some of the most incredible places I ever visited in my life.
The level of "integrity" of those places was very far from the devastated ruins I was used to exploring in Italy.
Japanese Haikyo is well preserved with most of the objects and original furniture, which belonged to their last owners.
Most of the places in Japan are 80s Hotels ruins, a direct effect of economic bubble collapse. Others are small villages clinics that can go back to the 60s or even before.

My adventures in the Japanese Haikyos start in "The abandoned mine city of Nichitsu".  Years ago Lomography magazine even made a piece on it.

The first time I visited Nichitsu, I figured out that it was a very big complex of old buildings, way bigger than what I thought from the pictures I saw on the Internet. The impact is amazing — the clinic, the school, the theater… You can easily see how each building belongs to a different era. Some dormitories look very antiquated, but very old style Japanese tatami rooms gradually evolved into a modern Japanese style during the 1990s. 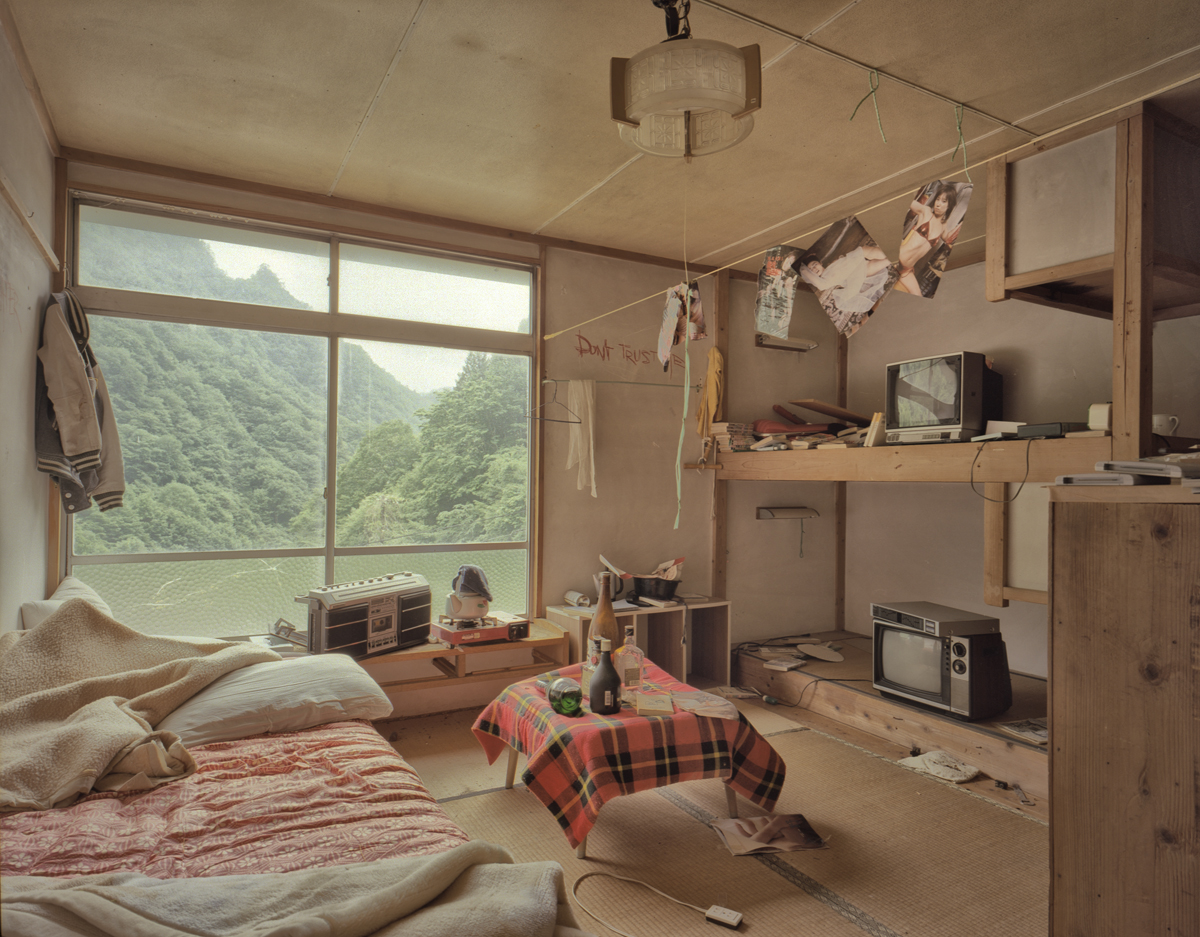 The rooms I was more interested in were the dormitories. You will see that all the things that belonged to the previous residents are still in the same position, covered with decades of dust. 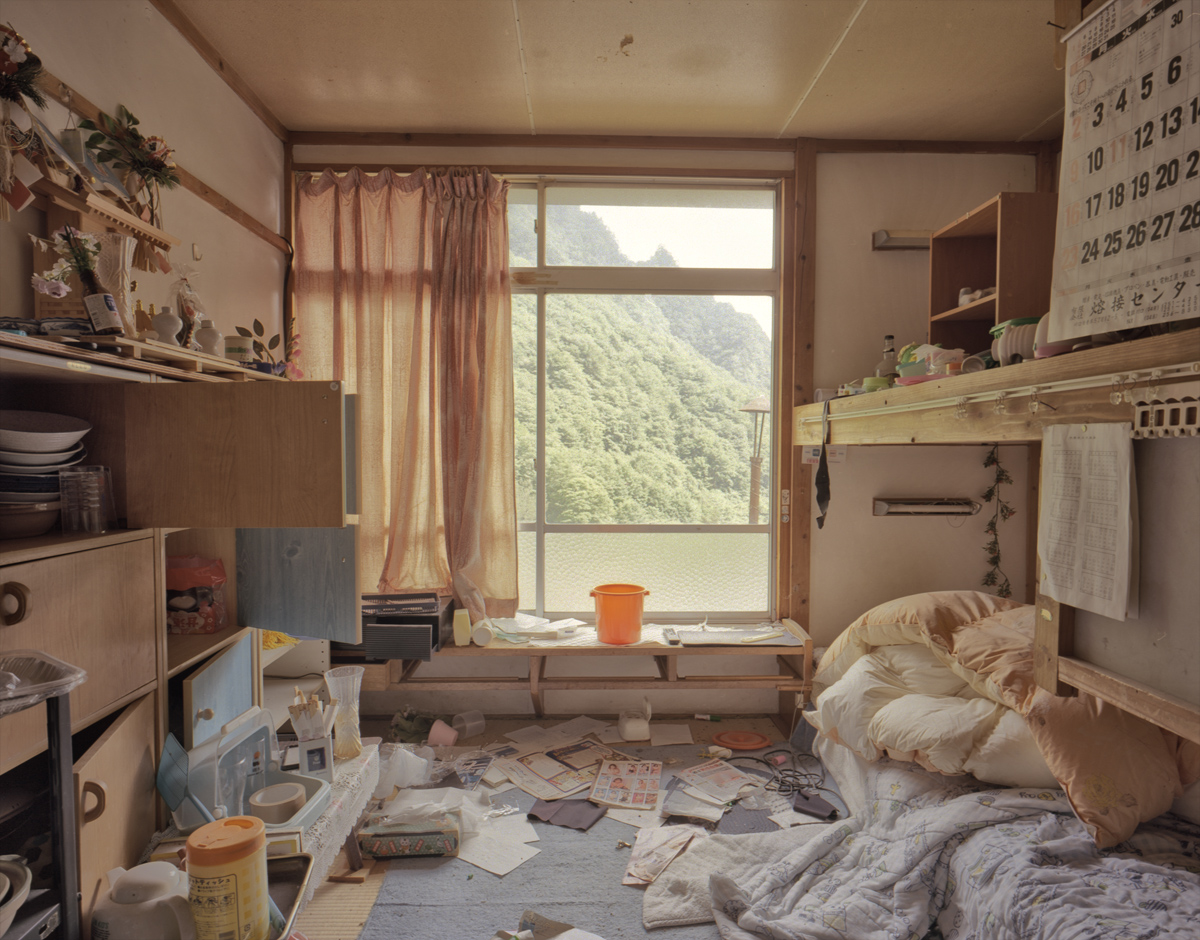 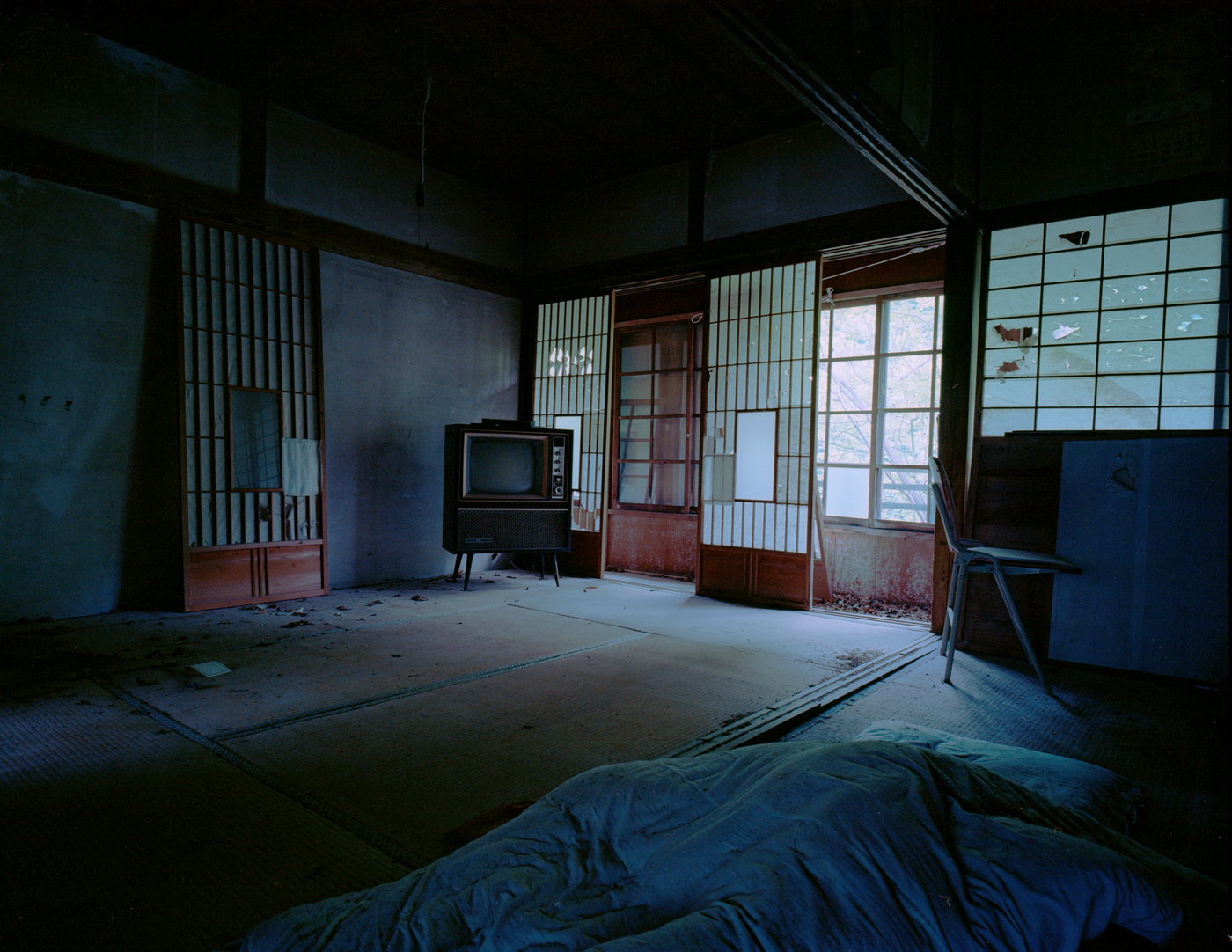 Inside one of the oldest buildings of the complex. In this case, the greenish color of the tatami and the light coming from outside gave this bluish tone to the Ektar, in a long exposure, probably 4-5 minutes.

To remain in theme with rooms, I found this weird furniture in an abandoned hour-hotel from the 80s, I loved the hole in the ceiling allowed a little amount of light coming in. I remember we were completely in the dark walking on the decayed floor. This was a particularly long exposure, probably 10 minutes. It was so dark that after this shoot I change my film and took the wrong one. 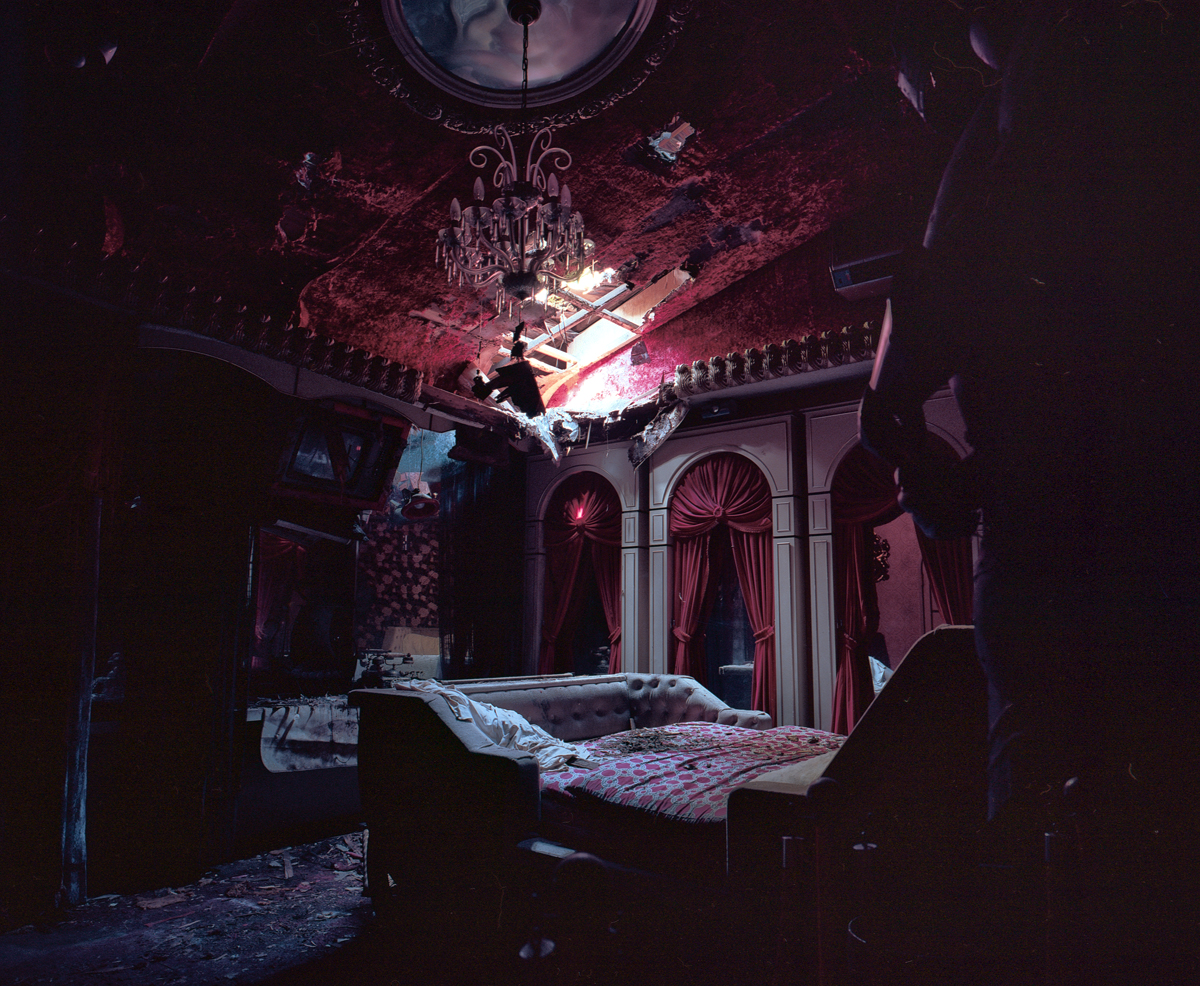 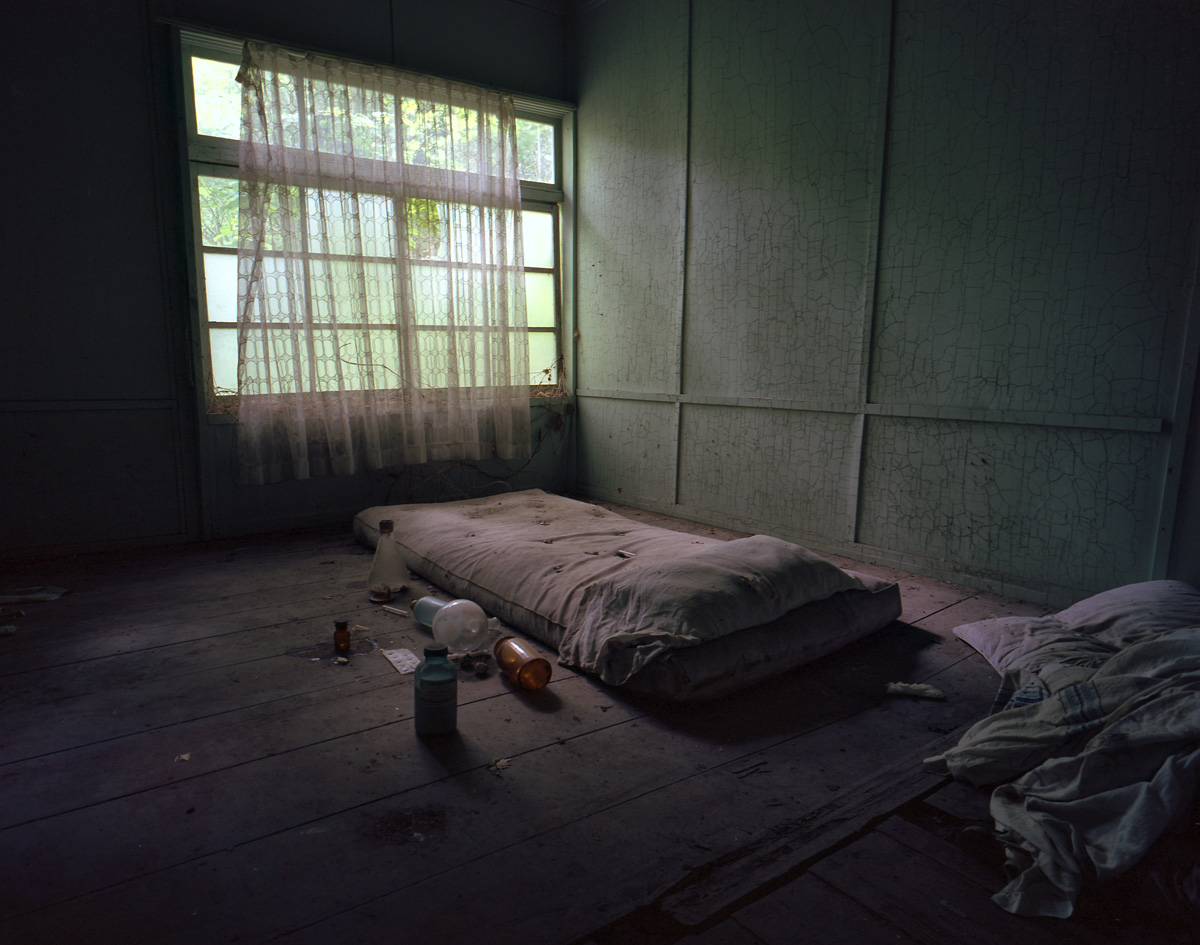 A room of the clinic of Nichitsu. Same interesting greenish cast on the walls give the room an eerie feel. 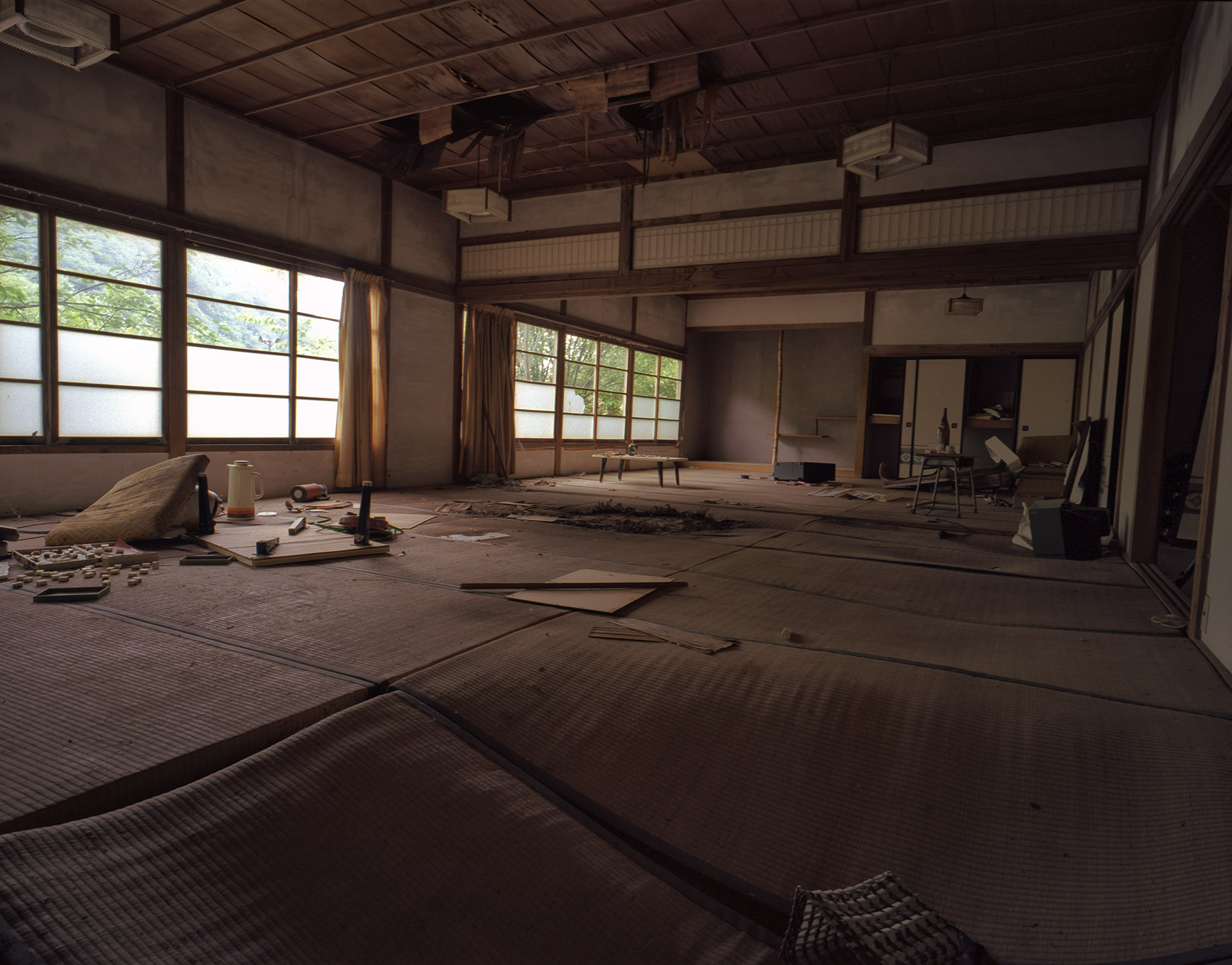 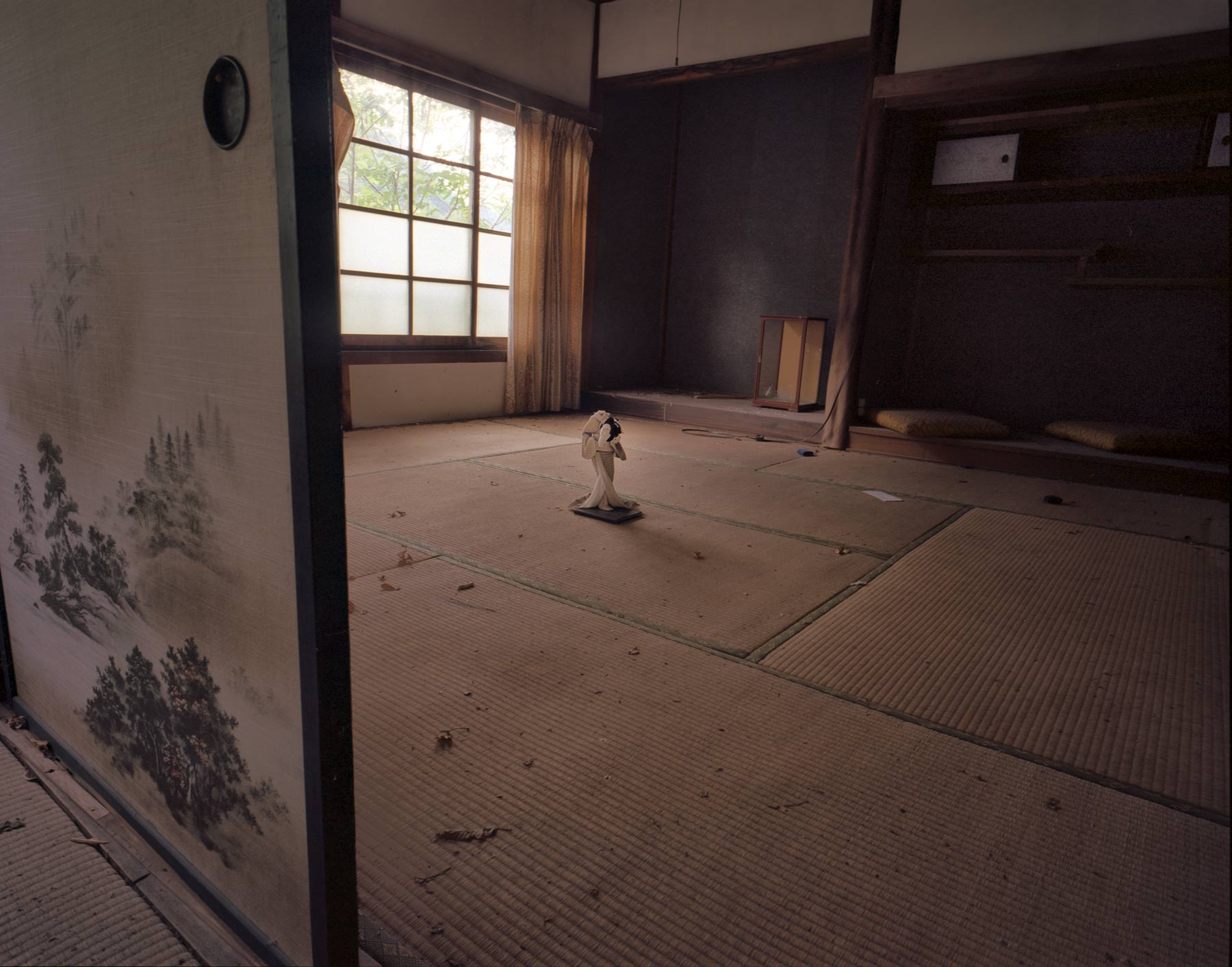 Other places I had chance to visit were: the "White Clinic", an old clinic from the 70s, the "Red Villa", a doctor's house fill of his equipments and medicine books, the "Furin Hotel" an 80s love hotel in Chiba, the "S Clinic", another clinic full of equipments and a school. 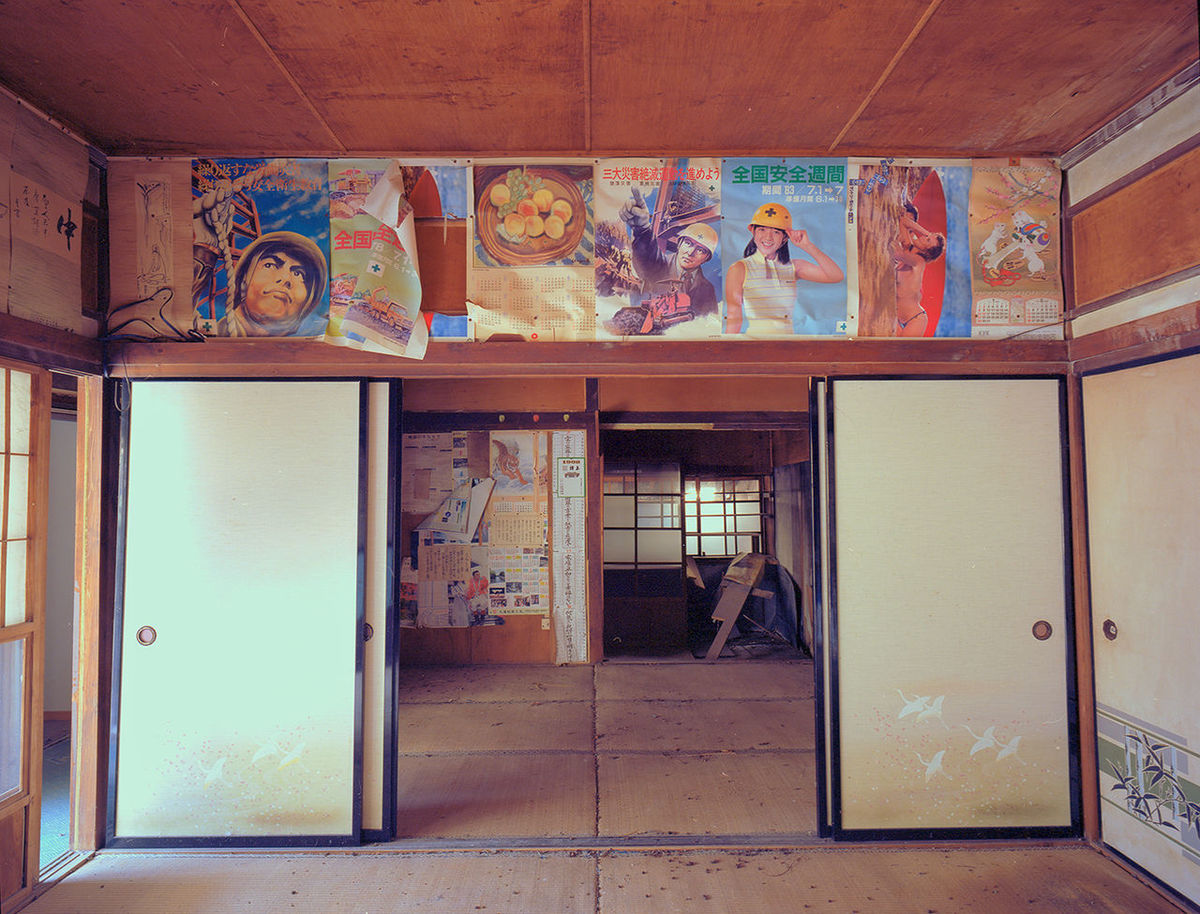 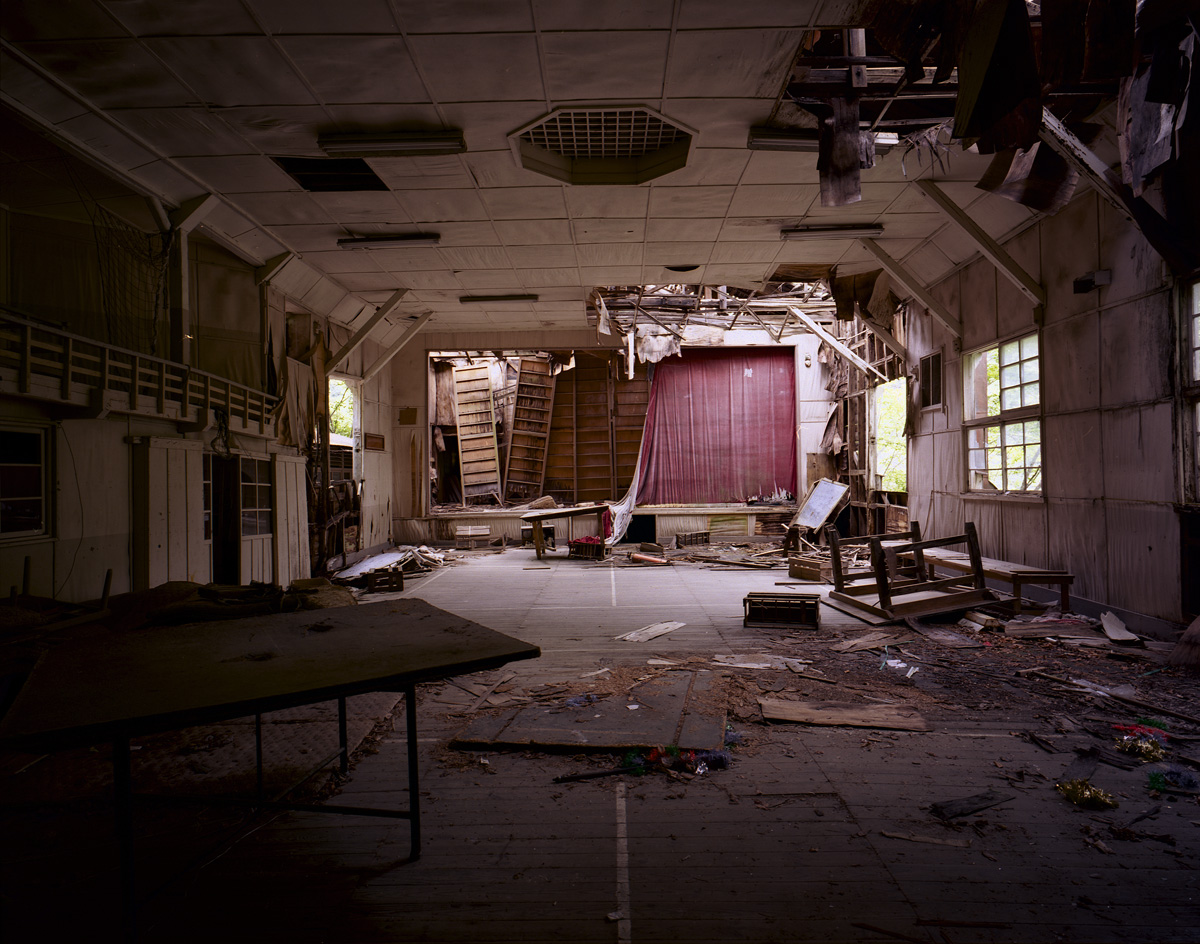 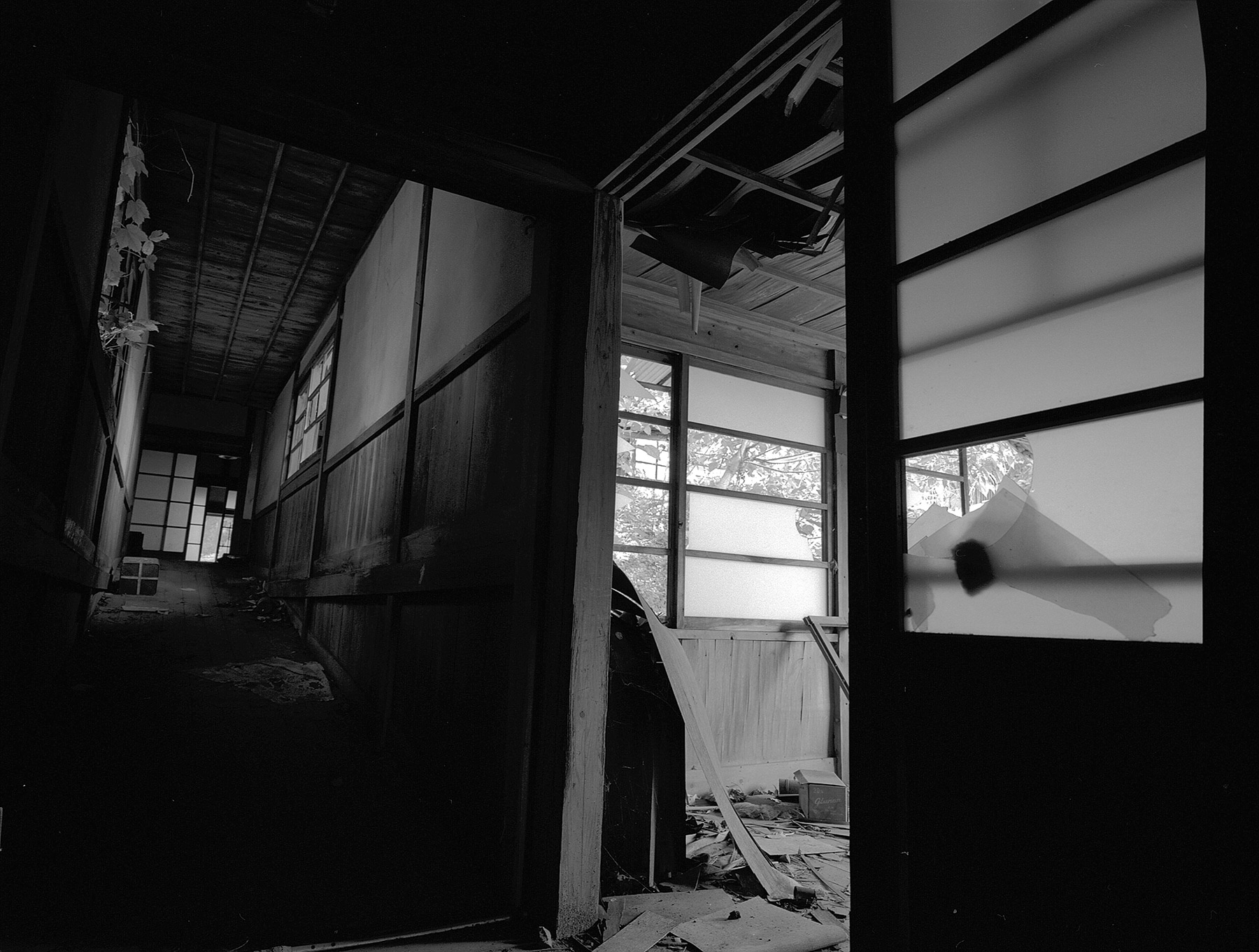 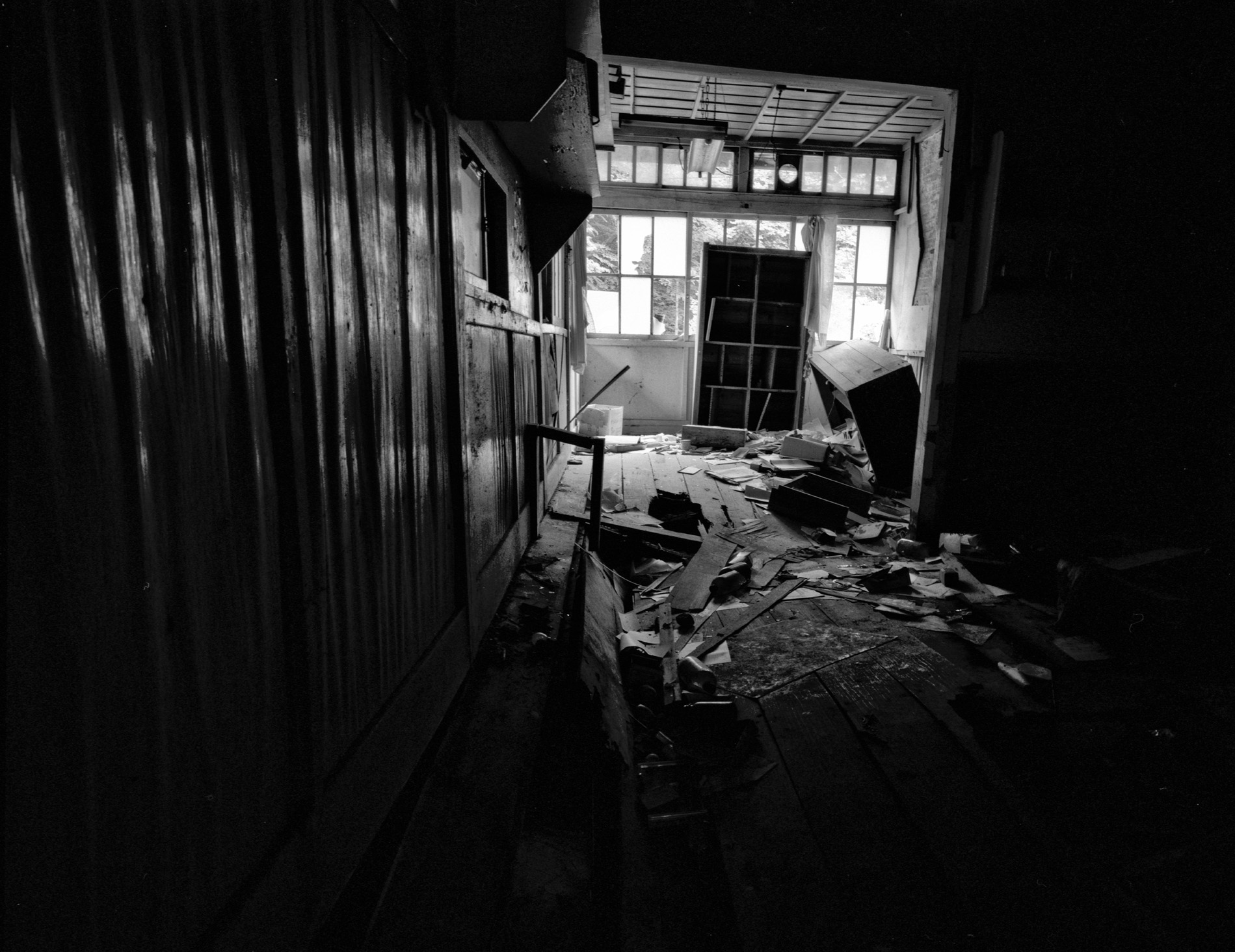 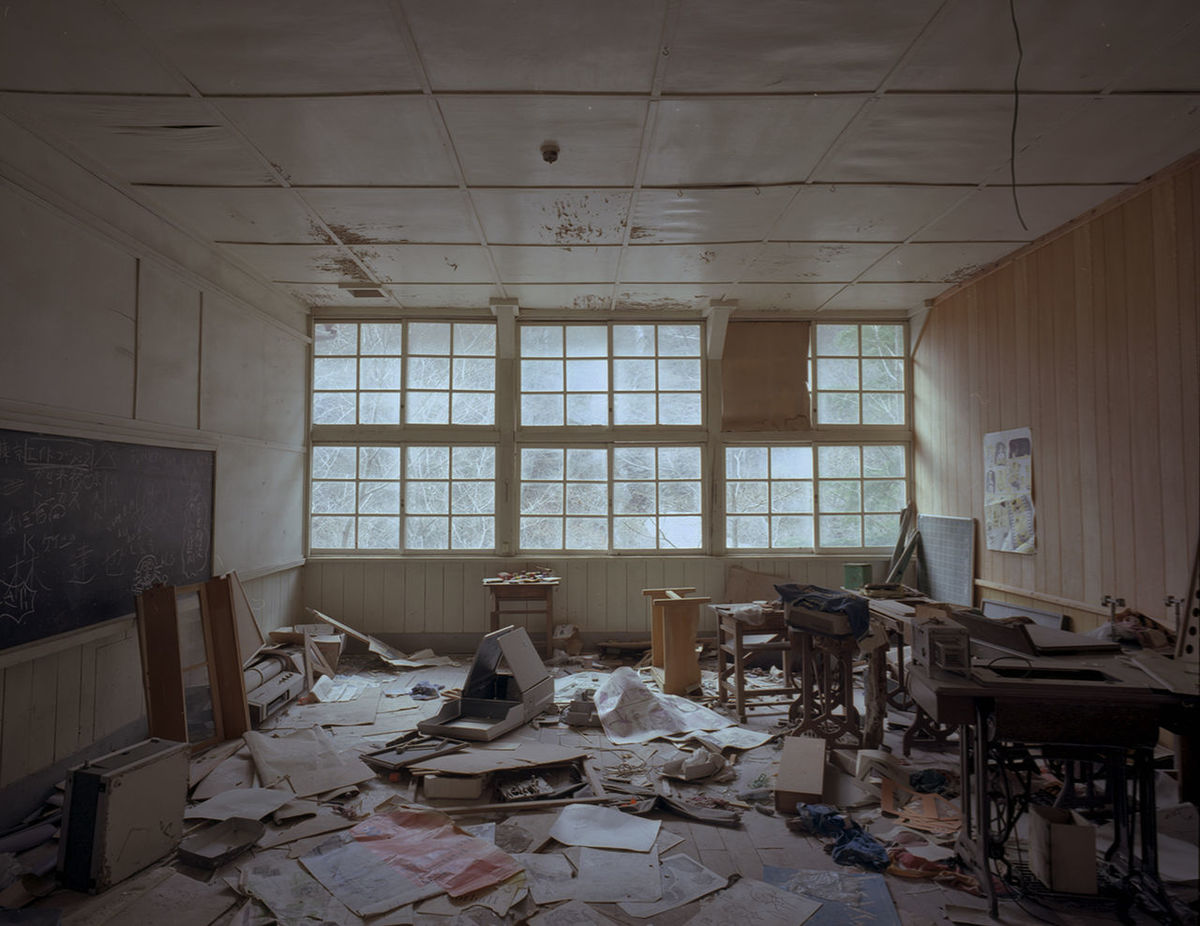 One of the most interesting buildings of Nichitsu is the School. I believe it was attended by the children of mine's workers.
The school should be the most recent building in the complex, probably early 90s. 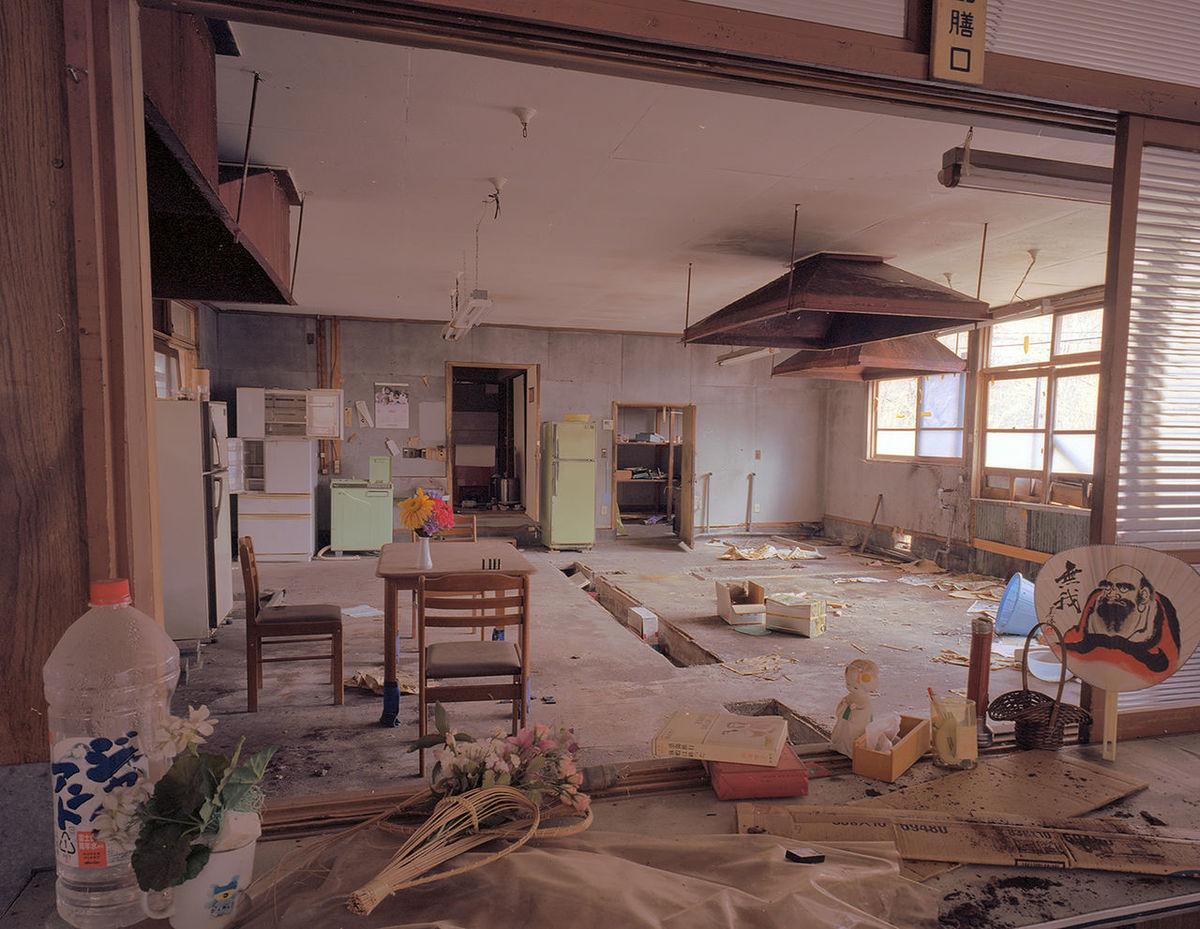 I have quite a lot more pictures from the Haikyos, many sheets of film I never even started scanning. The process if very long since each film has to be cleaned, positioned on the anti-newton ring glass from Better Scanning, placed into my Epson gtx and in sequence, prescanned in VueScan, reversed in Coloperfect and cleaned from dust in Photoshop. Each file reaches almost 1 Gb of space, so the entire process takes about 25-45 minutes for each frame...

I hope you enjoyed so far this project. 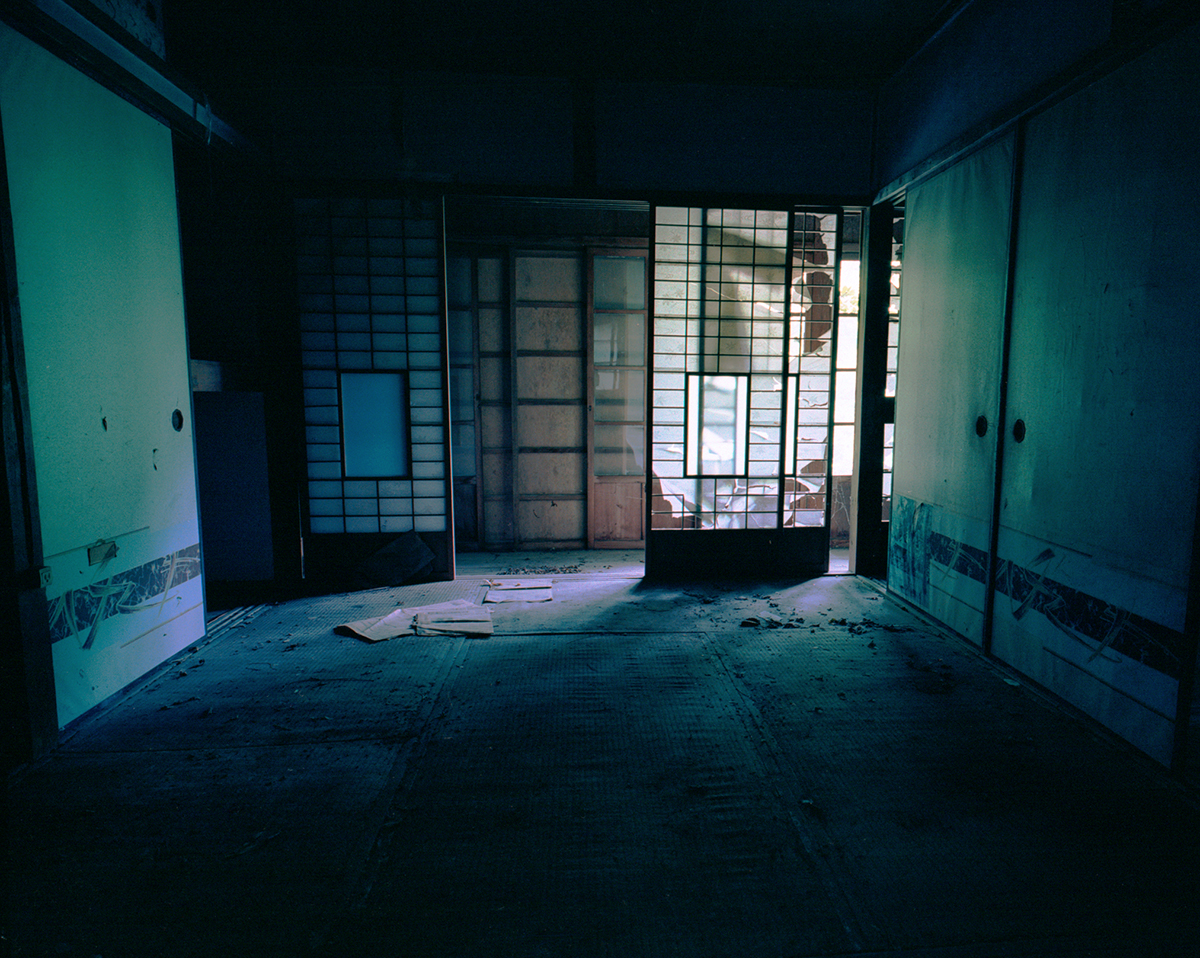